There are two areas of competition existing pipe replacement method and other methods of lining pipes – clean/ Water and Sewer/.

Aqualiner’s product is the only tubular pipe liner to have been given regulatory approved for installation into the UK drinking water infrastructure. The main activity in the UK is done by replacing the existing pipe by a number of methods including:

All of these processes have significant downsides. Aqualiner is at an advantage over competing pipe rehabilitation methods, as it is versatile enough to be suitable in a wide range of scenarios and is generally lower cost.

One of the main competitors to the Aqualiner technology for sewers is cured in place pipe (CIPP) which was developed by Insituform Technologies, Inc. in the 1970’s.  Insituform Technologies, Inc., a subsidiary of Aegion Corporation (Nasdaq Global Select Market: AEGN), is a leader in global pipeline protection.  Insituform provides proprietary technologies and services for the rehabilitation of wastewater and water pipelines.  The CIPP technology has limited applicability to water, due to the materials used having a strong odour and potential to contaminate both the water conveyed and ground water supplies.  Aqualiner has been developed to eliminate these problems.

Insituform Technologies, Inc. is a company that is already in the pipeline rehabilitation market place.  They have some significant contracts to re-line sewerage pipes in Eastern Europe and in the Far East.  These contracts bolster their US work and have allowed them to stabilise the Company.  Insituform does develop its own technologies as well as doing contract pipe lining.  Insituform also work in conjunction with other companies to licence technologies or buy materials and implement them in their lining systems.  In this scenario, Insituform would become a licensee from Aqualiner.  Insituform could then become a contractor using the Aqualiner system for their many projects around the world.

The main barrier to market entry is the requirement to have approval for installation in drinking water pipes. This depending on the country involved can take years and may never be granted if there are any ingredients that are not able to be cleared.

It terms of barrier to a similar process being developed this is now known to be a significant technical challenge. The Aqualiner process was historically seen to be relatively simple but since 2016 it is known to be as complex as aerospace engineering in order to achieve reliable and consistent delivery of airflow and heat through the lining material in order to achieve a reliable and pressure tight pipe liner. The ability to simultaneously control time, temperature, airflow and inversion pressure is critical to achieving a constant quality of pressure tight liner.

Developed in conjunction with

The patented process had been developed by Aqualiner with the involvement of Severn Trent Water, Anglian Water and Yorkshire Water. 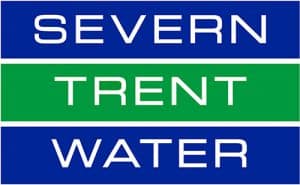